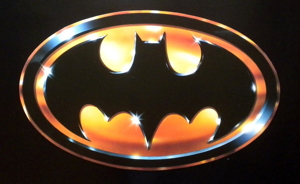 June 1989 proved to be one of most important months in modern comics industry history — one that provided an emphatic answer to what has since become a perennial question: "Has a movie ever helped comics sales?"

The Batman TV show in 1966 had temporarily made the comic-book series of that name the top seller in the business, but the show had relatively little sales impact beyond that. By contrast, the movie in 1989 — and the nimble response of a comics retail industry that had prepared well for it — helped to kick off the record-setting comics boom of the early 1990s. More lastingly, it helped to put the character's comics in the top sales echelon for a generation, supercharging a sales improvement begun earlier in the decade with Frank Miller's work. 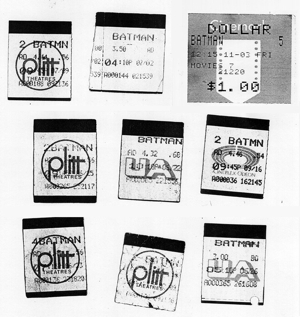 The night of Thursday, June 22, 1989 saw the release of the first Batman feature film directed by Tim Burton — and its $42.7 million opening weekend made it a pop-culture phenomenon. It spawned immediate and multiple repeat viewings by many filmgoers (including your Comichron.com founder, a few of whose ticket stubs appear at left) — and a tidal wave of related merchandise in mass-market venues. It still wasn't enough: people even stole Batman cardboard standees from Taco Bell, which had lucked out by landing a fast-food tie-in license that larger chains had apparently passed on.

But while Batman-logo items would be ubiquitous in shops of all kinds several weeks after the film's release (including record stores, thanks to separate soundtracks from Prince and Danny Elfman), comics retailers disproportionately benefited from the film early on thanks to a strong buildup of product beforehand in the Direct Market. Capital City Distribution's Advance Comics #6 (released in April 1989, for June-shipping material) included plenty of Batman merchandise. A lot of it had existed previously and so was connected only to the character, but a significant amount was movie-related. (Click to see our page on the month's sales by Diamond Comic Distributors.) 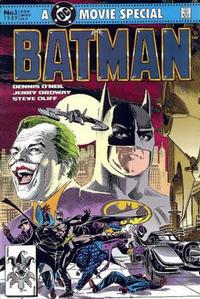 The cheaper Standard Edition appears to have sold more copies, but as we'll see, that's an illusion. Internal files I obtained from Capital preceding the company's 1996 closure show that its retailers ordered 39,750 copies of the standard edition of the and 20,900 of the prestige edition. But it also shipped in a 25-copy prepack display for $124; as the charts below show, Capital sold at least 1,000 prepacks to its approximately 1,200 accounts, which would add another 25,000 copies to the total and put the Prestige Edition ahead of the Standard one. The Prestige Edition was the top item at Capital in the month in terms of dollars.

While we don't know the exact orders at Diamond, they are likely higher than Capital's; for books priced at $2.50 and $4.95 in 1989, it was quite a performance for one comic book.

And then there was the main Batman title itself, which along with Detective Comics and the Superman titles were the last remaining comics in the industry still priced at 75¢. Capital stated in its June report that the preorders for issues #436 and #437 of the regular Batman comics series — then running the "Year 3" storyline biweekly  — had vaulted past perennial top-seller Uncanny X-Men, moving one-and-a-half times as many copies as the latest issues of that series. Capital sold more than 110,000 copies of each of the two Batman issues; Diamond's totals, again, would have been higher, so overall sales plus newsstand would likely have been at least in the half-million copy neighborhood. (Unusually even for 1989, Uncanny X-Men #250 did not mark its milestone number with a double-sized issue; it was embedded within the title's biweekly summer run.) 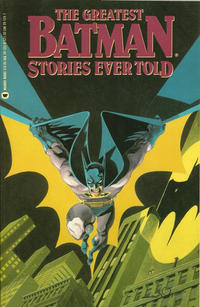 So comics retailers had been well aware of the Batman film and its prospects long before the national advertising campaign began in late May — which itself was a relatively early publicity launch for movies in that era. A few weeks out from release, Capital reported, "The merchandise is shipping in huge quantities and demand still appears to be building faster than the supply... Still no sign of where this is going to top out."

As it turned out, the Direct Market, which had seen distributor failures in the late 1980s following the collapse of the "Black and White Glut" (an explosion of independent titles published in black-and-white) turned the summer of 1989 into a period of revival. Batmania launched in earnest what would become the comics boom of the early 1990s. The first new Batman comics series launched in the wake of the Batman film's success, September's Legends of the Dark Knight #1, would even feature the first major variant-cover marketing scheme, one of the hallmarks of that boom. (The more determinative factor of the frenzy, however — too-easy credit for retailers wanting to open stores — can't be laid at the Batcave's door.)

Unlike Diamond, Capital in this era did release market shares; they can be seen at left. 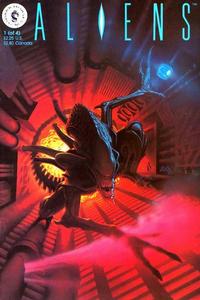 The raw version of the chart below was published in the June 1989 Internal Correspondence. We've added ship dates, and have integrated dollar rankings that appeared in a different table. The orders below are just for Capital, and are derived by comparing its reported order index numbers with the known sales as provided to this writer by Capital; in most cases they match exactly with Capital's internal documentation.

We can see that apart from Batman items, Marvel took every spot in Capital's Top 14, and it also took 38 of the top 50 slots. Dark Horse had a strong launch with the first issue of its sequel to the original Aliens miniseries; it placed 26th.

As the chart below reports preorders, some of the comics ranked did not come out on schedule, or at all. The Punisher hardcover in the rankings was intended to reunite the Steven Grant/Mike Zeck team from the original miniseries; it had already been canceled once by this ranking, and even though it was the top dollar item of the month, it does not appear to have been released either then or later. The Punisher movie wouldn't release for another year, so its adaptation would also be delayed. And Swamp Thing #89, ranked 92nd below, wouldn't come out for months after the editorial upheaval surrounding the intended depiction of Jesus Christ in #88 of that title.

The 13th-place Havok and Wolverine: Meltdown #4, meanwhile, was a resolicitation of an issue originally scheduled for earlier in the year.

Capital's sales charts were also customarily much deeper than Diamond's, which were still limited to 100 places. Just about everything that had more than 100 copies shipped made the Capital list, including, as seen below, some graphic novels and non-comics items. These have been retained for historical documentation purposes, but have been weeded out in our overall calculations. Capital also offered a number of older 1970s undergrounds from Last Gasp, as well as publications based on Steve Ditko's work; these also made the charts.

The dates shown below are the dates Capital said each item was shipping, according to its catalog Advance Comics #6 (June 1989); Capital's dates also appeared in Amazing Heroes #168 (July 1, 1989), Comics Buyer's Guide, and Comic Shop News. They're Thursdays — and Thursday at 12:01 a.m. is when World Color Press in Sparta, Ill. released its comics to distributors. (Milton Griepp of Capital said by the end of the day on Thursday, more than half its customers had usually received their comics.) Diamond Previews #118 (June 1989) used dates that were two days earlier, which seems to correspond with the Tuesday release from another printer, Ronald's. Not all books below necessarily hit stands in this calendar month, and specific on-sale dates were rarely announced in advance for smaller publishers' titles as they could seldom guarantee printer times.

Further, in this era, distributor catalog dates for all publishers did not synch up exactly with the calendar month, so Capital's June charts include two week's worth of DC comics from July — and are missing the first two weeks' comics, which appeared in Capital's May charts. This would continue until March 1995, when DC would realign its solicitations with the Direct Market's calendar month (that chart only included three weeks of DC sales as a result). The same was the case with Archie, which was off by nearly a full month; Capital's June chart below lists mostly July-shipping titles for that publisher.

Click to skip to the Top Graphic Novels for the month.

This list includes all items on Capital's chart, including some graphic novels and noncomics items.
Items marked (resolicited) were offered in an earlier month but never shipped; disregard any previously reported figure, as earlier orders were canceled when the books were resolicited.
Items marked (reoffered) went on sale in a previous month; the figures below are additional sales.
Distributor charts are regional commodity reports, not measures of a work's total reach. Read our FAQ.
The links lead to current listings for each issue on eBay. You can also find the books at your comics shop.

Capital released no Graphic Novel list in this month; this chart amalgamates relevant reported data.
Where Capital did not provide dollar rankings for an item; "999" is entered for sorting purposes.

The links lead to details about each title on Amazon. You can also find the books at your comics shop.

Capital did not publish graphic novel charts in this era, but it did include better-selling graphic novels in its overall unit sales rankings, and those books' dollar rankings were noted in a table devoted to them.

What would have been the top graphic novel in these charts, the above-mentioned Punisher, never came out and has been omitted.

The month in comics shops 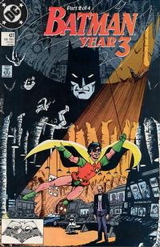 (All figures below are estimated)


Capital reported having 1,200 accounts in this month.