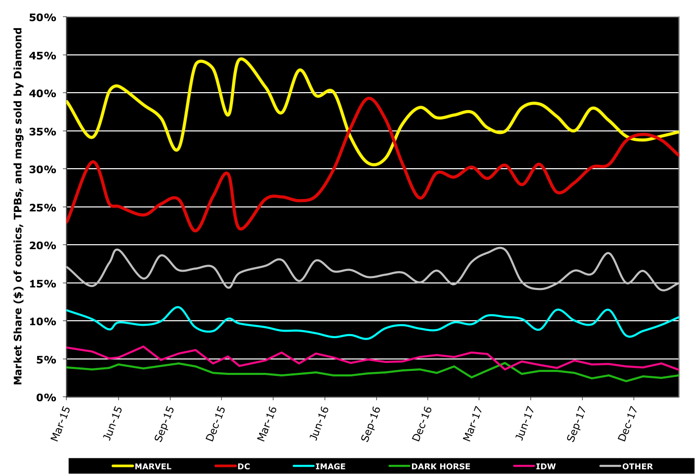 As the calculation includes non-comics magazines, the true share for each publisher is probably slightly higher each month.

The above figures include several important components. Much of the comics industry's sales come from comic books in periodical form.

The chart below depicts the shares for as long as Diamond has been running them: 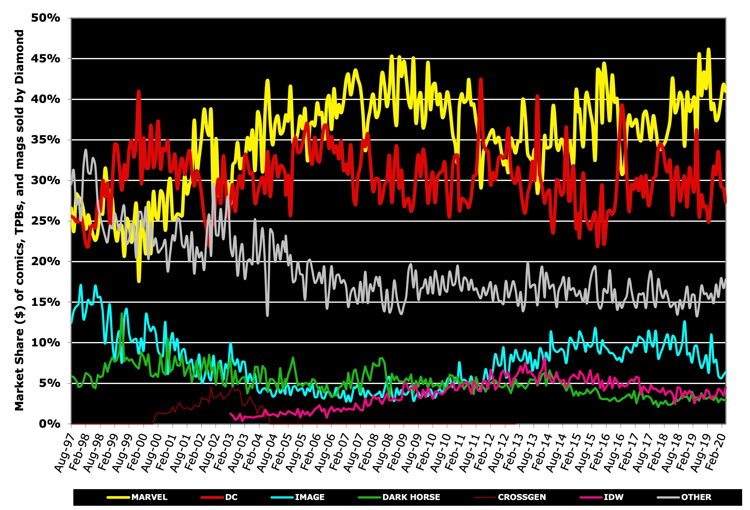 CrossGen is included to illustrate the rise and decline of what was once a challenger to the top four; without including it, the "other" line rises. Image and Dark Horse have not always been in the Top Four, nor in the above order; some months, other publishers rise above one or the other. But Marvel and DC have been in the top two since Diamond began reporting this statistic.

Diamond is not the only distributor of comic books, although it ships the vast majority. Small reorder distributors such as Cold Cut and FM International have participated in the market — and Diamond's sales do not account for the comics sold returnably through the newsstand market. The above figures account for the majority of the comic books moving through the comics shop system, though not always the majority of the trade paperbacks.

For charts depicting the numbers of units and dollars depicted above, click here: